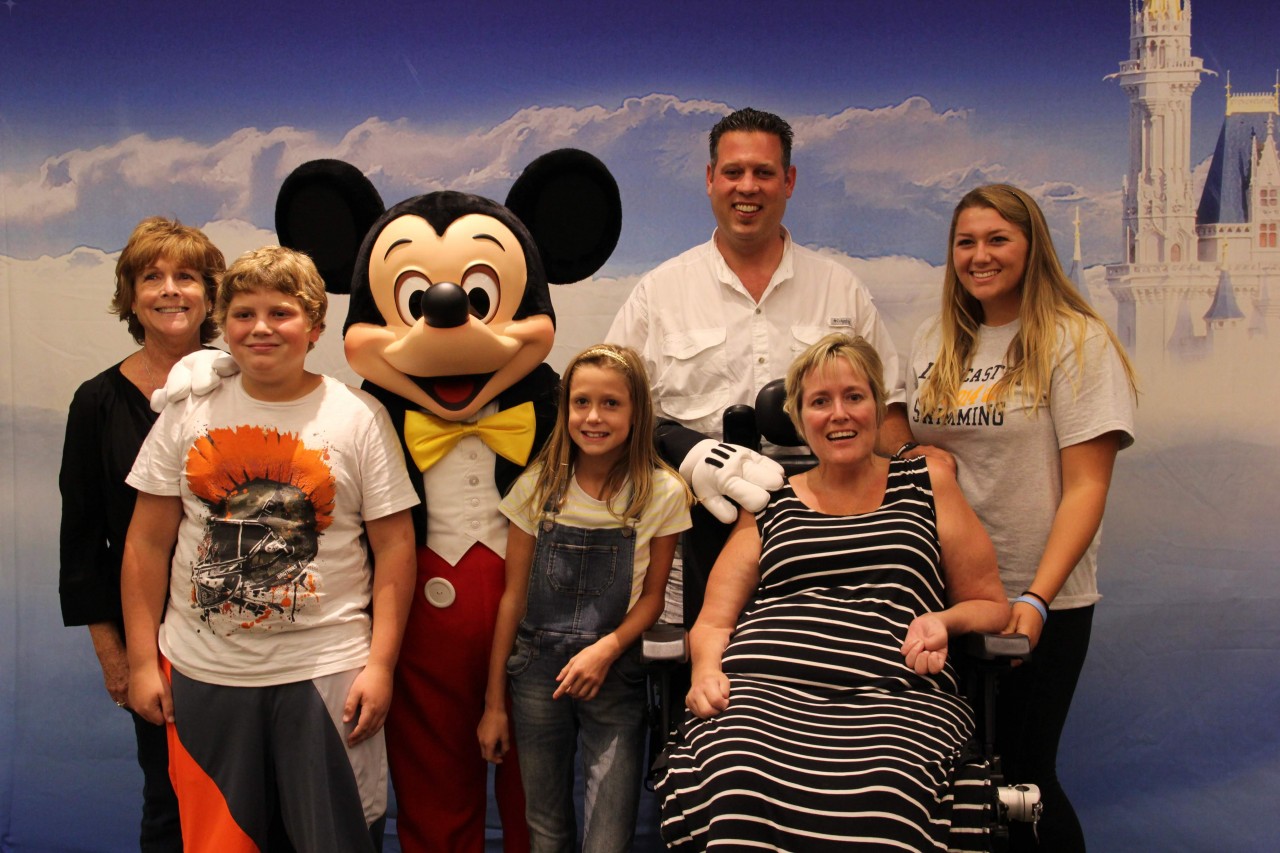 It was a love story for the books, and although many readers know how it ends, “The Caregiver’s Companion” is still a page-turner. Not because of the suspense, but because of the sometimes heady, often poetic, and always authentic language that Bill Chionis (2011 NYC Legacy Retreat®) uses to describe his marriage through moves, job changes, children, and ultimately cancer.

Bill and Helen met in college, and he readily admits, “I was head over heels smitten in love with her and would do anything for her.”   Over their 28-year relationship and beyond, that is exactly what he did–anything–including supporting her career, caregiving, child-raising, advocating for her best interests no matter the hardship or cost to himself, and finally, chronicling their love story in order to leave a mark on the world.

Just a few short months before Helen passed away from metastatic breast cancer, their family, including kids Michelle and Christopher, attended an Inheritance of Hope Legacy Retreat® for families facing the death of a parent due to terminal illness.  It was there that Bill had the inspiration to write a book sharing the realities of caregiving.

“I’ll never forget,” he says, “I was in a caregivers-only session and the facilitator asked if there was anything the person we were caregiving for did that made us angry.  I figured I had been doing this for a while, so I would go first. I mentioned how it frustrated me that through all our ups and downs, whenever we were in an ‘up,’ Helen didn’t seem to want my input on anything.  I felt like a terrible person for expressing that, but a balloon burst and everyone in the room started talking and really feeling.”

At that moment, Bill recognized that most other caregivers felt as tired and isolated as he often felt, “But, I also had the revelation that during her illness, I was never alone.”

Bill happened to be on a business trip when Helen received her diagnosis, and their excruciating separation that morning is a painful touchpoint that he nevertheless remembers as evidence that people were intentionally put in their path to lighten the load.  In his book, he describes the scene at Dulles airport as he got off a flight to find Helen’s missed calls and voice mail.  He made a U-turn to the ticketing counter in hopes of returning back home on the next flight, “The sight of a six-foot four, two hundred-pound man in the throes of uncontrollable grief with snot running down his face was obviously uncomfortable for my fellow travellers.”

Even years later, Bill recalls, “Talk about social distancing!  I had a 20 foot empty circle around me. But then a young woman came up out of the blue, and gave me a quote from Abraham Lincoln that was amazingly important.  I think from the very start, God put people in our world to help. Even at the end, in the moment of incredible despair, I felt the presence of God in that very room.”

Whether in his book or in conversation, Bill is very clear that God was his constant companion, yet, his experience of this transcends any traditional religion.  He and Helen had an off and on relationship with church, but God never needs a church anyway.  “Call it whatever you want, but it was unmistakable,”  Although Helen passed away in 2012, Bill finds comfort in knowing,  “I can absolutely say there is so much more.  We didn’t tell Helen ‘goodbye,” but it was a ‘see you later.’ This gives me great faith and hope.”

Part of what truly conveys this hope is Bill’s unflinching honesty about how hard caregiving can be.  Without this truth, his words of encouragement might ring hollow to those in the deepest trenches, but when Bill discovers his ultimate ally, it is believable.  With candor, the “Caregiver’s Companion” touches upon themes experienced by all parents living through terminal illness: difficulty asking for help; sharing bad news with children; feeling unprepared and inadequate; emotional baggage that is carried even during good times; the difficulty of supporting the patient instead of taking care of yourself; and more. I’ll leave the rest to Bill’s own words since they are much more eloquent than mine, and I encourage you to pick up a copy for yourself.

Eight years out, Bill is still on the caregiver journey–now learning to once again care for himself.  Under the working title “Rescue Cat,” Bill has begun writing about how an unexpected pet upended his life in a good way–allowing space and time for him to begin opening up to conversations he had previously shut out.  Conversations of faith–faith that times will one day be better, and as he can attest to, “even in the darkest of hours, there is still beauty.”

“You can not now realize that you will ever feel better. Is not this so? And yet it is a mistake. You are sure to be happy again. To know this, which is certainly true, will make you some less miserable now. I have had experience enough to know what I say; and you need only to believe it, to feel better at once.”  –Abraham Lincoln, in a letter to a young woman after her father (and Lincoln’s good friend) passed away.

The Caregiver’s Companion can be found on Amazon.