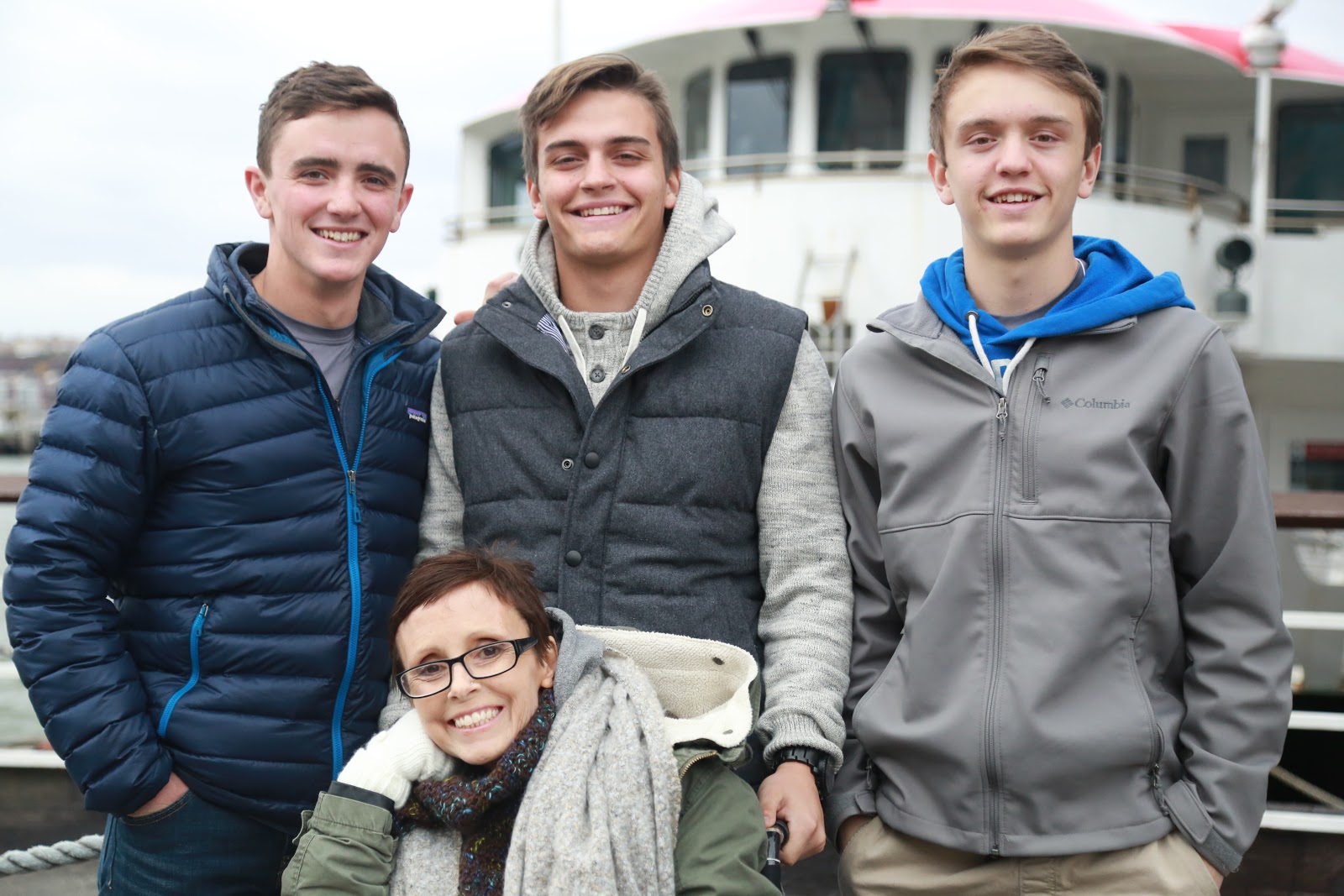 These days, Stephen Poquette is the director of fall retreats and internships at Camp Timberline in Estes Park, Colorado. Back in November 2016, his most important job was that of caregiver to his mom, Teresa Bloss. Stephen and his brothers Josh and Andrew Bloss attended Inheritance of Hope’s Legacy RetreatⓇ to New York City shortly before Thanksgiving that year, with their mom, for what turned out to be their last family vacation together.

Teresa passed away from breast cancer just three short weeks after the retreat. According to Stephen, “That trip was the last thing I remember her being excited about. It was the last time I remember her fully being herself, and I will never forget how excited she was when she called to tell me we were going to NYC. She sang a Christmas carol and said we would dance to it with the Rockettes.”

Although Teresa struggled through much of the retreat, not feeling well for many events, she was joyful to have all three of her sons with her in New York. She relished the contentment and delight of having her grown and almost-grown children all together experiencing the magic of a place they had never visited.

Beyond the lights and glamour of New York City all decked out for Christmas, Stephen recognized that the weekend was bigger than anything he had experienced, and yet also just like coming home. “I had no clue what I was getting into,” he recalls, “except that it was a free trip to New York. But, then, when we arrived, people already knew my name. It reminded me of camp–getting to a place where people were just genuinely excited for us to be there. From the first moment, it felt like we were so known and desired. That continued, and continued to blow my mind while we were there.”

During the Legacy RetreatⓇ, Stephen’s role was that of caregiver to Teresa, something the 23-year-old never expected to do at such a young age. The Poquette/Bloss brothers, however, were already accustomed to stepping up for their mom and outside of their comfort zone. The three banded together, and Josh took a temporary leave from school to care for Teresa. In New York, they all had a brief respite. Every need was provided for: when the brothers started to go out for a late-night drugstore run, they were intercepted by Events Director Betsy Ogren, who went herself with the list of what Teresa needed. For that final happy weekend together, the Poquette/Bloss family’s physical burdens were lifted.

Some of their emotional burdens were lifted as well. The encouragement that the brothers were not alone allowed all three the space to open up and let boundaries fall. For Stephen, one of the most striking moments of the retreat was watching the video of IoH Co-Founder Kristen Milligan describing her desperation as a mother who knew she would not live to see her children grown up. “I don’t understand it,” Stephen says, “and it knocks me off my feet–she was able to meet her reality with a sense of hope.”

Stephen and his mom, Teresa, both shared common fears with Kristen.

Stephen recalls being so worried about his brothers–who were too young to lose their mother–and wondering what would happen without a strong father figure in their lives, “I don’t know how to put this into a nice sentence, but the utter dependence on the Lord is where the hope of IoH comes from. It all sounds rosy until you get in a room full of kids whose parents are dying, but then the love that was showered on us from the moment we arrived made an impact on me and my brothers. We came to see that there is not hope in our circumstances, but in the belief that the Lord is bigger than those circumstances and will take care of us.”

Stephen believes that the atmosphere created by IoH encourages deep bonds to be forged. “When the fun stops, there is still a place of truth in these friendships,” he explains, “so when reality hits, you are able to be open to others with what you are going through and allow healing to happen.”

A little over a year after they lost their mom. Stephen and his brother Josh began volunteering for IoH, serving at the March 2018 Legacy RetreatⓇ in Orlando. As a family member turned volunteer, Stephen’s favorite part of the retreat experience is meeting the family he has been paired with, and then having the chance to spoil them all weekend long. He knows that families get the most out of their retreats when they permit themselves to be fully served, and he enjoys being on the other side of that relationship. He also recognizes the significance of the volunteer group, “It is amazing what happens when you have a group of people all focused on something bigger than themselves.”

Stephen plans to continue volunteering, hopefully making it an annual family event with his brothers. Because, he says, the impact of Legacy Retreats makes “IoH too big of a thing to NOT be involved in.”