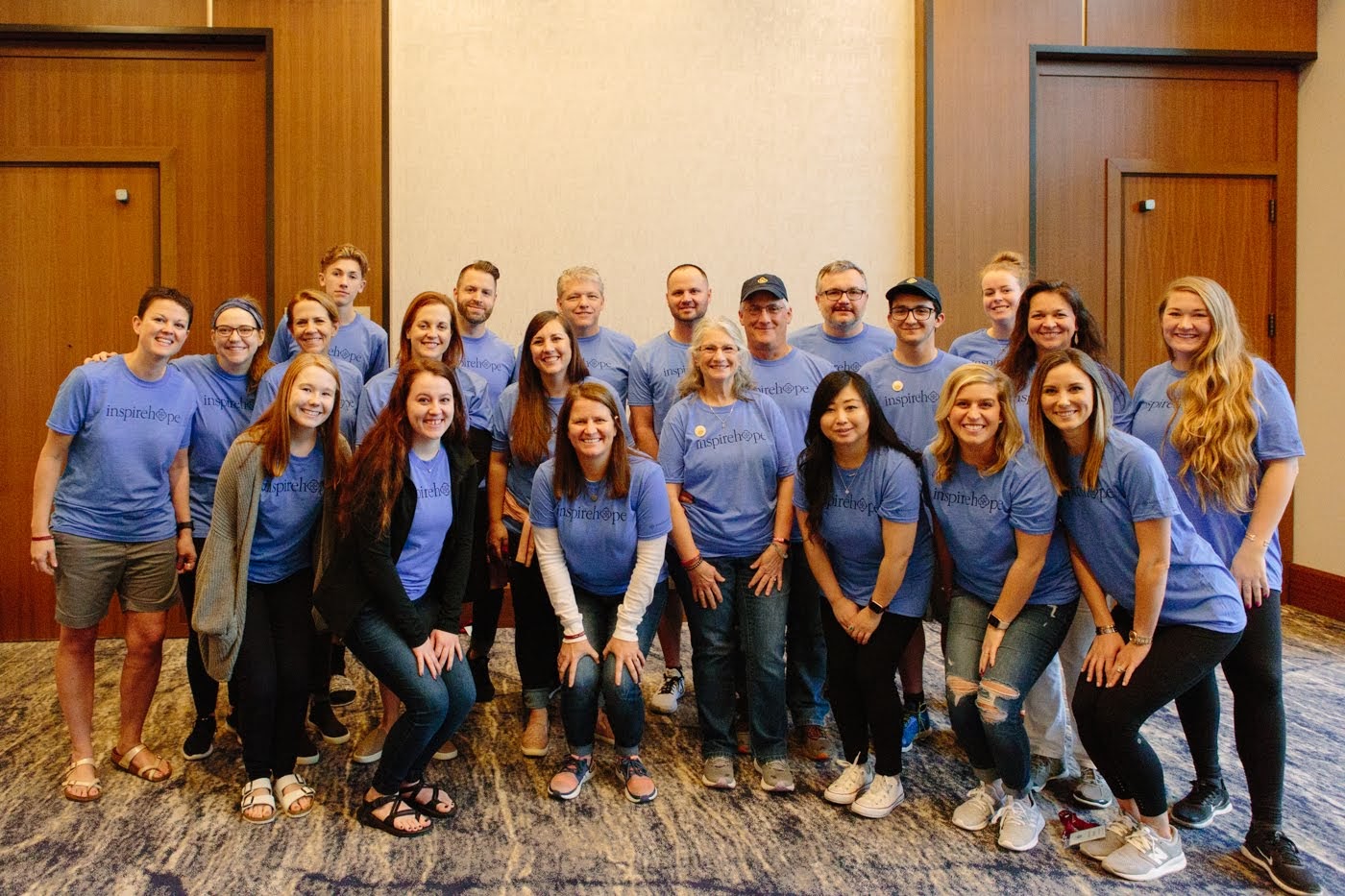 Out of our record-breaking 16 new volunteers, five are former family members served–and you know what that meant–lots of hugs and smiles as we welcomed them back!  Get to know a few of them here!

sponsored by Kendra Scott in February 2019, and they were both eager to come back.  Sean and his late wife Becky heard about IoH from a former family member served while attending a weekend seminar on metastatic breast cancer at Ohio State University.  “I’m eternally grateful” [for the recommendation], states Sean.

Neither Sean nor Christian were surprised by much on the retreat, since, as Sean puts it, “I already knew the volunteers were hardworking and very loving people.”  The best moment for Sean during this retreat? Hearing the little boy in the family he was serving spontaneously tell his mom how much he loved her. Sean plans to volunteer as often as possible and hopes that his experiences on his own family’s journey can be a comfort to retreat-goers.

Being on the other side of the retreat experience, Brooke was impressed by how intentionally volunteers prepared themselves for each day and felt honored to be able to serve—and she plans to do it again. “To this day, the retreat still impacts our family in so many ways.  Serving as a volunteer brought it full circle,” she adds, “and it was such a delight to be in on the special surprises for the families.” Although she lives in South Carolina, Brooke has strong ties to New Orleans, where you might spot her on a Mardi Gras float. Fun fact, this member of the Krewe of Tucks has even dressed up as Elvis, all in the name of “laissez les bon temps rouler!”

Renee Pagano initially learned about IoH as sixth grade Language Arts teacher to Ashlea Milligan, daughter of IoH Co-Founders Deric and Kristen Milligan.   “My favorite retreat memory would have to be cuddling up with my little four-year-old charge to watch Moana while his parents had their special evening,” Renee fondly remembers.  “We all had a great day at Universal, and he was exhausted, but once the movie started, he brought over his blanket and pillow and made me lie down next to him.”  Watch out if Renee ever challenges you to a game of Simon Says—she claims that she is usually able to eliminate an entire group within three minutes!

Trina Miller might have been a first time volunteer, but as wife to our Marketing & Communications Director Eric Miller, she has been part of IoH for years.  Nevertheless, she was surprised by how quickly strangers became family. These connections are what will keep Trina coming back as a volunteer. When not teaching her 5th grade class, Trina stays busy watching baseball and softball games, “My favorite players are my own children, with the New York Yankees a very close second!” she says.

Michaela Dervin hails from Rochester Minnesota, where she has lived her entire life.  Although she has never been to Washington State, she hopes to settle there one day. In the meantime, Orlando is a great location to escape the Midwest winter and volunteer for a long weekend!  Michaela appreciated the high level of support offered not only to the families, but to new volunteers as well. One of her favorite parts of the retreat was at Magic Kingdom. As a parade wrapped up, she noticed that “Everyone—volunteers and families—had huge smiles on their faces and there was so much happiness in that moment.  Seeing that and being a part of that makes me want to come back many more times.”

A big thank you to all of our new volunteers for inspiring hope. Watch the lifelong memories made >>