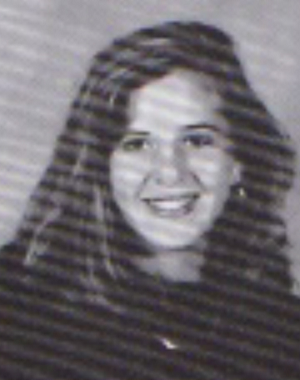 Angie Howell first volunteered for Inheritance of Hope in 2012 and has been involved ever since. “Like most volunteers,” she says, “I knew I would come back!”

Angie was introduced to IoH by her former Davidson College classmate, Co-Founder Kristen Milligan. Kristen and Angie were on the same freshman hall in 1991-1992. The two did not keep in touch after graduation, but at a fifteen-year reunion, Angie happened to hear Kristen’s name during a prayer.

“A few of us from our freshman hall, which was called Fourth Rich, were all sitting at a table together. During the opening blessing, a classmate prayed for those who were battling cancer. We heard the name ‘Kristen Milligan,’ which of course did not immediately ring a bell. But, Davidson is so small that I mentally ran through the other girls in our 400-student class, could not come up with any other ‘Kristens,’ and said to my friends, ‘that has to be Kristen Grady from our hall.’”

Thus began a special friendship and Angie’s relationship with IoH. After finding out more from fellow Davidson 1995 alumna and current IoH counselor Meg Hines Hill, Angie got in touch with Kristen.

“I’ll never forget the e-mails and phone calls we shared over the next several months. We traded information about our children, our husbands, and all that was in between. I think IoH especially struck a chord with me not just because this was a woman I had gone to school with, but my oldest daughter, Claire, was just a few months younger than Kristen and Deric’s youngest daughter. The little tidbits Kristen shared about Rebecca reminded me so much of Claire, and I could only imagine the depth of what their family was going through.”

Angie told her husband Clay that she had to go on a retreat, and although she had never done anything like this before, he completely understood and cleared his schedule to care for their two young girls while she was gone.

At that retreat, in February 2012, Angie saw Kristen for both the first and last time since their days at Davidson. All volunteers have a story from their first retreat, but Angie’s was especially personal. “At the closing volunteer meeting, Kristen and Deric announced that they had recently contacted hospice. I remember sitting in a chair in a conference room with tears running down my cheeks.”

These are the hard realities of serving with IoH—we do sometimes lose people we love. But, there is also much hope. “I have had the chance to serve with each of Kristen’s children, and see her in their eyes.”

It is this hope, and the affirmation of IoH’s mission, that keeps Angie coming back, “Some of my favorite memories at retreats are serving with past families who have come back—we have had couples, diagnosed parents, caregivers, and now, IoH has been around long enough that children who were once served are old enough to come back and volunteer. I cannot think of any greater compliment an organization could receive than to have those it served come back and serve others.”

Since 2012, Angie has volunteered at retreats, served as a coordinator, and also contributed content for marketing efforts. She has recently accepted a position as Communications Manager and looks forward to telling more stories from the IoH family. “Every time I talk with someone in the IoH family, I am a better person for it. Daily, I learn so much about how to live from our volunteers, donors, staff, and families. We are all so lucky to be part of this organization that truly inspires hope.”

In her new role at Communications Manager, Angie will assist Marketing & Communications Director, Eric Miller. “There are many inspiring stories within our IoH family that need to be told, and Angie will play a big part in telling these stories. I’m excited to have her on our team!”