I read something recently about courage and what it means.  Does it make you think of respect, strength, assurance, endurance, bravery of spirit and conduct?  How does it fit in with fear?  Fear can be such a debilitating feeling in our lives, yet once we conquer it, it can produce feelings of freedom, relief, and even excitement.

We all have elements of fear and courage in our lives and all of which are very unique and different to each of us.  One definition I found says “Courage permits one to face extreme dangers and difficulties without fear.”  I am not sure I agree with this definition.  I think that courage allows us to face extreme dangers and difficulties, but I am not sure it is always in the absence of fear.  Fear can run so deep and be underlining in so many situations in our lives that sometimes courage just outweighs the fear not completely eliminating it.  I believe that courage allows bravery to beat fear in our lives.  Courage is when will, determination, and action beat out fear and hesitation.  It sometimes is literally taking the leap of faith with fear and anxiety running high.  Sometimes we do this on our own and individually, but many times we do it with and because of another.  The source of courage is from within, yet others may spark or inspire that courage within us.

We have 16 very brave, strong families that are preparing to attend the May 2012 Legacy Retreat in a few weeks.  I am sure there is much uncertainty and fear running through many of them at this time.  Some may have never set foot on a plane before, others may simply not know what to expect, and others may be nervous to meet new people.  There are so many scenarios that could be producing fear for them right now.  My heart aches for the fear they bear at this point, because I know what is to come for them.  The May 2012 Legacy Retreat will be an incredible experience, where many fears will lessen and strength and assurance will replace the fear through the courage all of them have within them.  Courage is taking the first step and then the second and the third . . . it is getting on the plane, it is sharing their story for the first time with a community of people that understand the daily struggles because they are living it , it is putting the worries aside and making priceless family memories, it is a simple smile or hug.  It is my hope that every person on the retreat starts to fill with courage and that fear will quickly fade for all of them.  Also, I hope that each individual on the retreat will spark or inspire courage for another during the four days and for year to come.

I will leave you with a few quotes about fear that will inspire you to use courage to replace the fear: 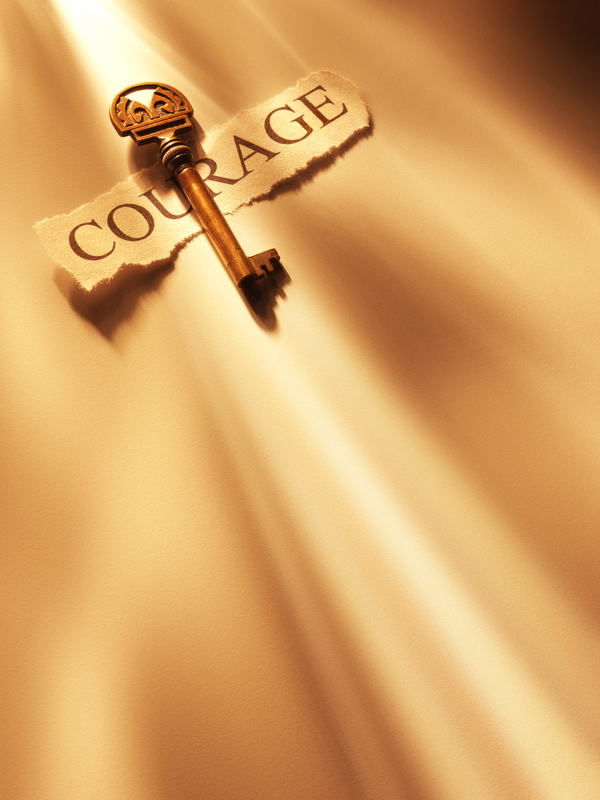 “Courage is not the absence of fear, but rather the judgement that something else is more important than fear.”  ~Ambrose Redmoon

“Courage is being afraid but going on anyhow.” ~Dan Rather

“Courage is doing what you’re afraid to do.  There can be no courage unless you’re scared.” ~Edward Vernon Rickenbacker

Leaving Your Legacy Through Tech