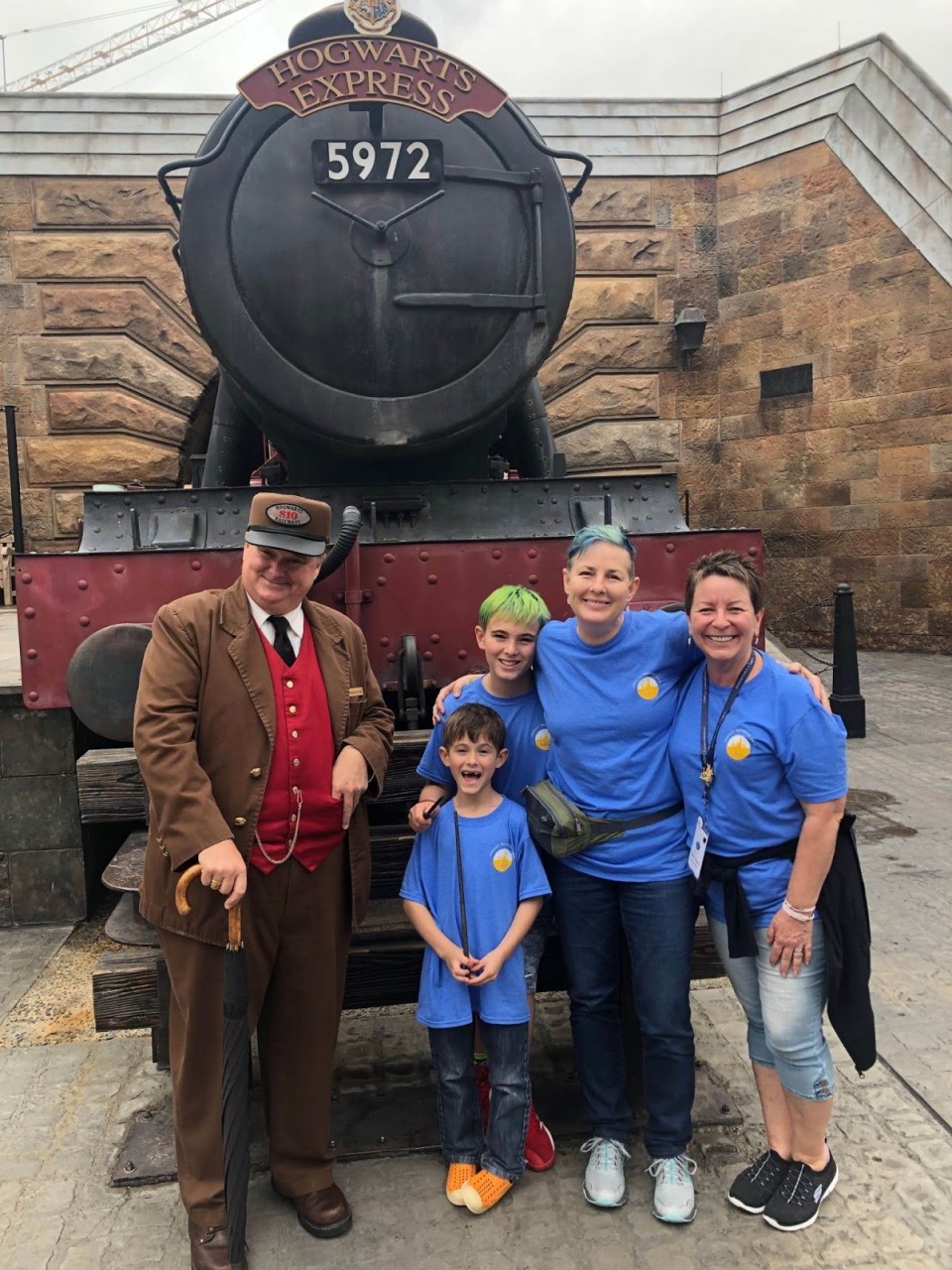 Tracy, far right, shares a fun moment with Teryn, Jackson, and Max
Tracy Ogden knows that if she can become a Legacy Builder, anyone can, “Until I committed to give monthly to Inheritance of Hope, I had never done anything like that before. Having the mindset of a divorced mom who raised two girls, I was always conscientious of a budget.  But,” she insists, “God put it on my heart to become a Legacy Builder and here I am. Since I signed up, I have never had a problem giving. It hasn’t been hard at all.”

In fact, when asked the question “why give,” Tracy responds that she couldn’t imagine not giving.  Tracy came on the February 2019 Kendra Scott-sponsored IoH Legacy Retreat® for families affected by metastatic breast cancer. Although a breast cancer survivor herself, Tracy actually came as caregiver to her dear friend, Teryn Brulé.  Friends for quite some time, their relationship was strengthened even more when Tracy took Teryn to chemo, radiation, and oncology appointments.  “We became what many of us call ‘cancer sisters,’” Tracy shares.

Tracy describes the outpouring of support on their Legacy Retreat® like a “firehose of love, from the moment we stepped off the bus!”  Teryn, Tracy, and Teryn’s two sons Jackson and Max enjoyed three action-packed, fun-filled, carefree days in Orlando.  Some of their favorite memories included Jackson riding The Incredible Hulk Coaster over and over and over and OVER again, and how Max lit up at the retreat welcome party with the chance to design a Kendra Scott piece of jewelry for his mom.

More than the happy memories, Tracy appreciates the way IoH “got it” and all the forever friendships she made.  Bonds were formed quickly and deeply with former strangers, and Tracy has found that those relationships last–she is still close with fellow retreat go-ers who reached out after Teryn passed away, and sees that as one way Teryn’s legacy continues.  She also recognizes the immediate and genuine connections between volunteers and families, and explains that from the beginning to the end and among each person on the retreat–both those serving and being served, “The giving never stopped in every single aspect.”

Currently, Tracy is recovering well from a second recurrence of breast cancer, and while she plans to volunteer, hopefully with her daughter, she explains why being a Legacy Builder is so important, “I’m so glad I can be part of IoH in this way, because I’m not sure when I will be able to serve on an onsite retreat.  You can’t come away from this and not give back.”  Tracy’s dedication to IoH proves just how strong the bonds run here.  Friends who come as caregivers gain a family and show that we are all tied together by something stronger than anything–we are all tied together by love.