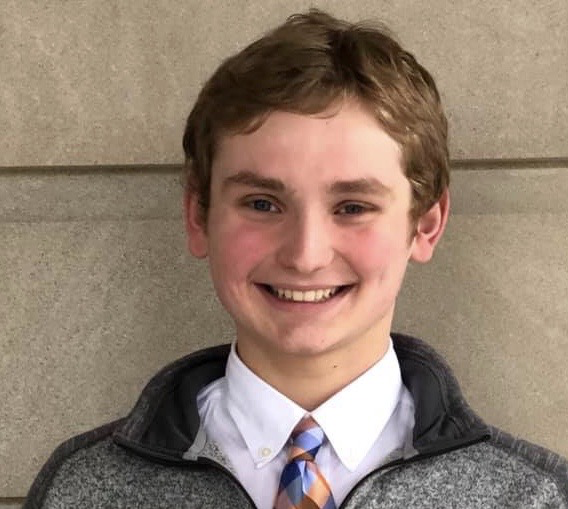 As a fourteen-year-old high school freshman, Ethan Harned emptied his savings, not to buy video games or the latest Nike Air Force Ones, but to support a charity he had only just learned about.  It has been two years now since Ethan met Carrey Dewey, a young mother living with ALS whose family was greatly impacted by Inheritance of Hope.  And since then, Ethan has been on a mission to make a difference.

The Dewey family’s experience was all Ethan needed to hear about in order to decide that he wanted to fundraise for IoH.  Looking for a cause to support in order to qualify for a YMCA campaign, he didn’t have to use his own money, but decided if IoH was important enough to ask others to give, he wanted to as well.  He gave in a big way–paying for 600 wristbands which he used as a means to educate, raise awareness, and solicit donations.

The original campaign is long over and forgotten, but according to Ethan, fundraising for IoH was the springboard for more advocacy work, “I discovered a greater purpose,” he says.

“IoH first opened my eyes to how much of an impact you can make,” he explains.  “After I sent in the money I raised, I received two thank you notes, one from Deric Milligan [IoH Co-Founder and CEO], and the other from an eight-year-old girl who had attended the retreat.  Every dollar really did go to help someone.”

Now on the teen board of his local children’s hospital, Ethan also mentors fellow high schoolers, and works as a swim instructor.  He doesn’t plan to slow down anytime soon, and is excited to share his next goal, “Where I’m headed next is to give my time by serving on a retreat.”

We can’t wait for Ethan to join us as a volunteer so that he can see firsthand just how meaningful his fundraising has been!