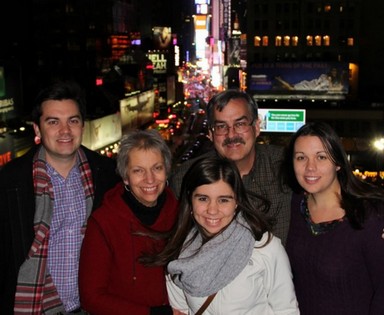 When Amy Martin from North Carolina was diagnosed with ovarian cancer in 2007, her two oldest children, John and Jennifer, were respectively off at college and working in California. But her youngest, Lyndi, was 7 years old and still lived at home.  “She has grown up with the ups and downs of the cancer world,” Amy said. “You worry about your kids more than anything else.”

Amy learned about Inheritance of Hope (IoH) in the fall of 2013, and her family connected with IoH videos and the book Consider It Pure Joy written by co-founder Kristen Milligan. The Martins attended the 2013 Legacy Retreat® in New York City, an all-expenses-paid experience provided by Inheritance of Hope.  Amy said spending time with other families facing the loss of a parent was a valuable experience.  “They understand how you feel without asking a lot of questions,” she said.

Although Legacy Retreats® are designed for families with young children, the older Martin kids were able to visit New York City and participate. Amy said riding a ferry in New York Harbor with all of her children is one of her favorite retreat memories, and she treasures the photos IoH volunteers took of her family.  “Volunteers had such a heart for the kids and made sure that was their focus,” Amy said. 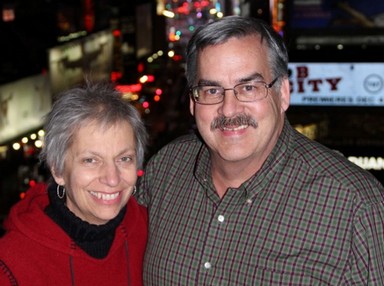 The retreat gave Lyndi an opportunity to bond with other teens who share the experience of growing up with a sick parent.  “It was wonderful to see her enjoying that time with other kids,” her mother said. “It gave her a safe place.”  Amy said the Legacy Retreat® also helped her husband, Andy, share his experiences in ways he had not done before.

After the retreat, Amy, Andy and Lyndi were eager to stay involved with IoH programs. A marathon in nearby Brevard, North Carolina, offered an opportunity to volunteer with Team IoH, which fundraises for the organization through endurance events.  “We thought if volunteering is helpful then we’re grateful, because our lives were definitely touched,” Amy said.

Meeting more IoH volunteers at the race reconnected the Martins with people who can relate to their experiences.  In the time that has passed since the November retreat, Amy said she befriended a woman who is receiving chemotherapy and shared biblical passages and lessons she learned at the IoH retreat.

Amy’s recent test results have required more frequent doctor visits, but she said she feels blessed. Amy cherishes her big stack of greeting cards and the photo album of all her children at the Legacy Retreat®.

“There’s days when I don’t have too much energy, but Lyndi has kept me going,” she said.