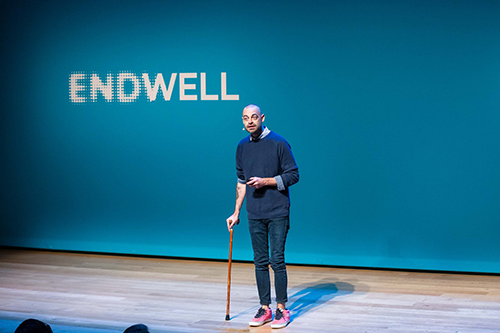 For Adam Hayden, “Storytelling is a pathway toward a meaningful life.”  This nugget of wisdom, shared in his speech at the 2019 End Well Symposium, drives the narrative of Adam’s every day.  Most people only think of death in the broadest of terms, but Adam, who holds a Master of Arts in philosophy, knows it is much more than an existential question.  As a four-year glioblastoma multiforme brain tumor patient, one thing Adam claims to be most proud of is what he calls his relationship with the end of life.

His relationship with the end of life.  Sounds pretty depressing, right?  But Adam finds purpose in acknowledging that life is fleeting. “Face fear with familiarity,” Adam wrote in a recent blog post. He continued, “Focusing on the present and allowing the future to unfold is frightening because it asks that we allow the uncertain and unknown into our lives.” Adam urges us to acknowledge our fears, not to escape or dismiss them, but to name them and focus on what is within our control.

When he was first diagnosed, Adam resisted becoming a “cancer mascot.”   Following several months of post-operative therapy and recovery, he realized that the relatively small and sometimes voiceless community he had been thrust into needed him.  He began to find his role, which led to storytelling on his blog, glioblastology, and speaking at many events for doctors, researchers, patients, and caregivers.  Most recently, that role meant storytelling for a smaller audience than he usually addresses–his wife Whitney and three young sons.

Through an Inheritance of Hope eLegacy Retreat, Adam began the thought-provoking task of telling his sons all the many things he wants them to know, through a Legacy Video.  In the first of what he hopes will be many, he shared tips for choosing a life partner, and describes it as a “snapshot.”  Adam admits that he might not have done this without a little push from Whitney.  “Legacy building is so important to Whitney.  I had always thought my boys could follow the breadcrumbs of my blog posts, but she keeps saying, ‘Your legacy is not out in the world, but right here with us.’ By looking right into the camera, it narrowed the message to apply directly to my kids.” 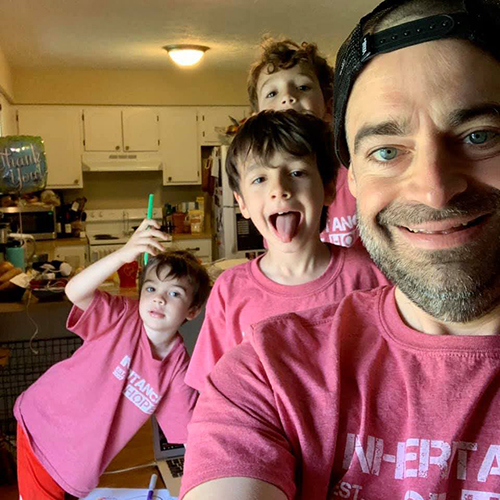 While he encourages others to find lasting ways to leave their own legacy, prior to the retreat, Adam wasn’t sure what kind, if any, advice he wanted to give.  How do you talk to children ages eight, six and four, when you know the underlying premise is that this is a video they will watch when you are gone?  The answer was easier than he expected.   Armed with tools from Inheritance of Hope (IoH), like questions for an interview-style video, Adam explains, “Those ideas helped me feel comfortable.  I can give them advice right now, whenever they get it.  Making the video was more about the boys seeing me than specifically what I said.  This is one of the ways IoH is going to have a lasting benefit for our family.  Whitney wants to keep the folder of topics and help me make more.”

In his advocacy work, Adam often focuses on the difference between curing and healing.  The grim reality is that there is no cure for glioblastoma, but through his storytelling, Adam and his family will find healing.

Stay tuned for more on the Haydens, and in the meantime, visit their blogs here: 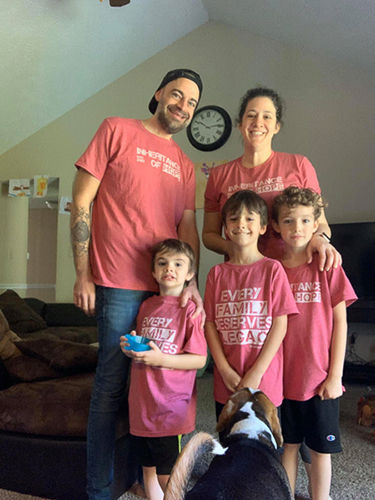 A Beautiful Day in NYC